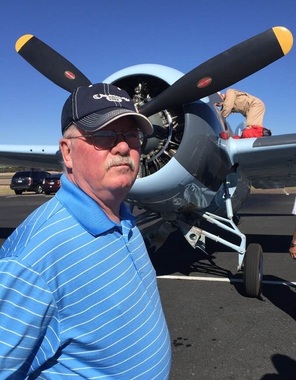 Back to Steven's story

Steven C. Neidt, age 72 of Le Sueur died on Saturday, January 25, 2020 at Abbott-Northwestern, Minneapolis, MN. Memorial Mass will be on Friday, January 31, 2020, 11:00 a.m, St. Anne's Church, Le Sueur, MN. Visitation will be on Thursday, 4:00 p.m. ~ 7:00 p.m. concluding with a 7:00 p.m. Knights of Columbus Rosary, at Kolden Funeral Home. Visitation will continue on Friday morning at church from 10:00 a.m. ~ 11:00 a.m. Veterans honors to follow outside of church, followed by lunch at St. Anne's School.
Steven was born on December 20, 1947 to Norman "Pinky" and Lois (Ditlevson) Neidt in Waseca, MN. He grew up in Waseca, MN and graduated from St. James High School in 1965. He spent a short time in the United States Army and married Nancy Hoffman on August 5, 1967, they later divorced. He worked many years in the Le Sueur area and spent most of his working years at Hubbard in Le Sueur and Davisco, Inc. Steve was active in his church, Knights of Columbus and enjoyed old war planes, fishing, coin collecting and time with family. Memorials are preferred to the Angels Among Us Foundation, (Hometown Bank, Le Sueur) and the Knights of Columbus.
He is survived by his partner, Judy Miller of Le Sueur; daughters; Jennie (Richard) Krenz, Mankato, MN and Jesse Neidt, Scottsdale, AZ. Step-daughter, Tomiann (Neal) Schook of Eden Prairie, MN. Granddaughters; Lauren (Stephone) Frederick and Alex Duzan. Great-granddaughter; Hailee Winters; step-grandchildren; Paris Schook and Carter Schook. Brother; Mark (Debbie) Neidt of St. Croix Falls, WI. Several nieces and nephews. He is preceded in death by his parents.
Published on January 28, 2020
To send flowers to the family of Steven C. Neidt, please visit Tribute Store.

Send flowers
in memory of Steven

A place to share condolences and memories.
The guestbook expires on April 27, 2020.

Mark Neidt (Brother)
As kids our family vacations were always spent camping and fishing in a remote wilderness site at Cass Lake or driving up the North Shore. It was Dad, Steve, me and the family dog Toxie, a big golden retriever. We always stopped at Duluth, camped at Gooseberry Falls and the Grand Marais area. Toxie and I had the back seat in the car while Dad and Steve were upfront. Sometimes Dad would let Steve drive and I was scared then. I'd look over his shoulder and yell when a truck was coming at us. When camping our big treat was once a day we each got a frozen Snickers bar. We had to catch fish or we would have gone hungry. We had a canoe with a small motor and trolled for northerns. We ...had a choice of 2 lures, either a red/white or black/white daredevil. Great care went into deciding which one to use. I had a mischievous steak in me and took great joy in pushing Steve into lakes when he was not expecting it. I did it a few times as Cass Lake while he was helping dad load the canoe and once off a pier into Lake Superior. That one got me in trouble with both Steve and Dad because the water was so cold and he had to swim back to shore. I have so many good memories about our family camping trips. Perhaps that is why my wife and I took our kids on camping trips when they were young.Read more
Patrick West