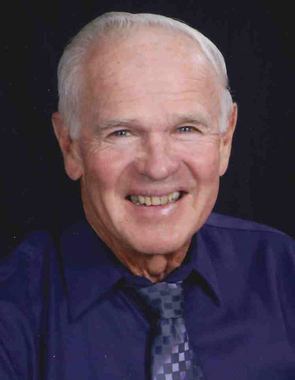 Back to Roger's story

Roger Asendorf, age 79, of St. James died on Tuesday, November 12, 2019 at Living Meadows at Luther in Madelia. Funeral services will be 11:00 am, Saturday, November 23, 2019 at First Lutheran Church in St. James with Rev. Andrew Hermodson-Olsen officiating. Visitation will be at the church on Friday from 4-7pm and one hour before services on Saturday. Burial will be at Mt. Hope Cemetery in St. James. You may send the family condolences online at www.sturmfh.com Arrangements are with Sturm Funeral Home in St. James.

Roger Eugene Asendorf was born in St. James on March 17, 1940 to Ben Asendorf and Edith (Barge) Asendorf. He grew up on the family farm and graduated from St. James High School in the spring of 1958. Rog married his high school sweetheart, Kathy Madson on August 5, 1960.

A lifelong corn and soybean farmer, Roger became active in the 1970's as a member of the Minnesota Soybean Growers Association, first serving at the county level and then moving to become the state president. In the 1980's he served at the national level, eventually being elected president of the American Soybean Association. As president he met separately with Presidents George HW Bush and Ronald Reagan to promote soybean growers throughout Minnesota and the United States. He continued to advocate for various uses and the sale of soybeans worldwide. This included trips to countries including Columbia, Peru, Algeria, Egypt, Turkey, Greece, France, South Korea, and Japan.

Roger has been a member of First Lutheran Church for many years and has always loved music. He sang in the church choir and also in a trio with good friends Gary Wolner and Dennis Hunstad.

He realized a childhood dream by earning a private pilot's license. He also was an avid golfer and enjoyed playing with family and friends at home and in Florida. He greatly enjoyed spending time with friends for any occasion. Roger's life of faith, service to others, and devotion to family, done in his humble manner serves as a model to those who knew and loved him. The memory of his long purposeful strides across his farmyard as he accomplished one task while thinking of the next three will long be remembered by family, as well as his scope of accomplishments and nurturing friendships of all that knew him.

Roger lived with dementia for the last several years of his life, but retained his uncomplaining ways, humor, and smile throughout.

Plant a tree in memory
of Roger

A place to share condolences and memories.
The guestbook expires on February 16, 2020.