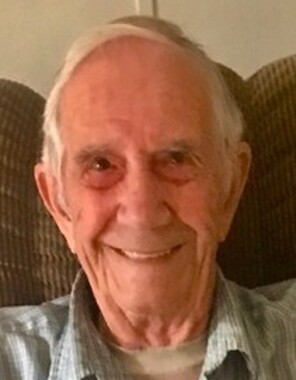 Back to Raymond's story

Our father, Raymond "Buster" Holzinger, passed away at the age of 90 on Saturday, November 16, 2019.
Dad was born April 24, 1929, in Mankato, MN. He was the only child of Ervin & Ivy (Larson) Holzinger and he grew up in North Mankato. On November 26, 1949, Ray married Donna Marie Rutjes. Dad and Mom's marriage union lasted 61 years. When Ray married Donna he gained 13 brothers and sisters, several nieces and nephews. Ray felt fortunate to have three sons, Rick (Mary), Charlie (Joyce), Terry (Laura), and one daughter, Vicky (Steve). Ray & Donna were also blessed with grandchildren and greatgrandchildren.
Dad enjoyed bringing us on vacations in his converted school bus. He loved automobiles. He would see a photo of a vintage car or truck and would immediately tell us the manufacturer, model, and year of the vehicle. Dad, as a teen, worked as a gas station attendant for Joe Briegel, later he had different jobs at used or new car lots such as C. F. Quaday and Heinz Pontiac/Cadillac. Dad then worked for 36 years as a heavy equipment operator for C.W. Scheurer Construction retiring in 1996. Dad also enjoyed fishing in the summer and ice fishing with Mom.
Ray was preceded in death by his father and mother; wife, Donna, of 61 years; first-born infant son, Steven; two infant grandchildren and numerous members of his wife's family.
Dad wished for a private service and burial next to his wife at Woodland Hills Funeral Home and Memorial Park in Mankato.
Published on November 20, 2019
To plant a tree in memory of Raymond "Buster" Holzinger, please visit Tribute Store.

Plant a tree in memory
of Raymond

A place to share condolences and memories.
The guestbook expires on February 18, 2020.

Cindy Reintjes (Griebel)
Im so very sorry for your loss.
I remember Ray as being a very kind man.
If there is anything I can do please don't hesitate to ask.
View all