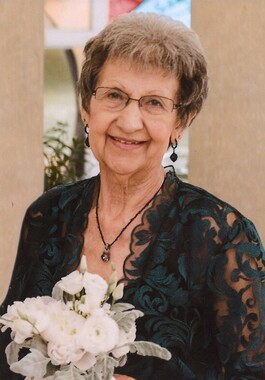 Back to Norma's story

Norma Jane Goodrich gracefully went home to her Heavenly Father on March 22, 2020 at the age of 82, after a very long and brave battle with cancer. She was surrounded by her loving family, and held by her soulmate Byron as she passed.
A private funeral service will be held. Burial will be at Our Lady of Mount Carmel Catholic Cemetery in rural Easton, Minnesota.
Norma was born to Fritz and Irene Krohnberg on April 22nd, 1937 in Wells, Minnesota. She was one of five children. She attended school in Minnesota Lake until her senior year where she then moved to Pemberton High School. Norma's kind-heartedness easily won over her new school as she was crowned Homecoming Queen and Valedictorian.
It was love at first sight for Byron, when he spotted her across the dance floor at The Kato Ballroom. From that point on, they were inseparable. The two were married in 1958 and settled into farm life in Easton, MN. Their love, commitment, and devotion to one another only grew stronger year after year. From romance and adventure, to tragedy and grief, Byron and Norma faced each day together, rooted in their faith and love for one another. What would drive most people apart, brought these two even closer together. Every person that came into contact with them could tell almost instantly just how smitten they were with one another. It was never a surprise to catch Byron gazing at Norma from across the room, a smile on his face, as if he was still in disbelief at how lucky he was to be with such a woman.
Norma gave birth to five children, Sheila, Sheldon, Brandon, Dana, and an infant son. She was a dedicated mother and wonderful homemaker. Norma also assisted in the classroom at Our Lady of Mount Carmel School when her children were attending, as well as an auxiliary member and secretary for the Catholic Daughters. She was a current and active member of St. John the Baptist Catholic Church in Mankato, where she sang in the church choir. Norma was a very talented dancer. Her grandchildren have very fond memories playing dress up in all of her beautiful square dancing outfits. She thoroughly enjoyed getting lost in the pages of a novel. She kept a wonderful garden and was also a very skilled seamstress. She was incredibly hard working and her cooking skills were unmatched. Every granddaughter looked forward to their bridal shower because it was there that they would receive the most coveted gift of all, a book with all of her legendary recipes, handwritten on note cards.
She always looked beautifully put together, and made sure Byron was looking just as sharp. It was always fun to see how their outfits would perfectly complement one another. They would arrive to all events, whether it be sports or recitals, in their coordinating attire to cheer on their children, grandchildren, and great-grandchildren. It was rare for them to miss out on a family gathering of any kind.
Norma was preceded in death by her daughter Sheila, son Brandon, infant son, and granddaughter Ashley. Her family seeks comfort in knowing they are finally reunited in Heaven. She leaves behind her best friend and husband of 62 years, Byron, her children, Sheldon Goodrich (Sharla), Dana Murry (Rich), her son-in-law, Grant Gallaher (Mary), her brothers Marlin (Joyce) Krohnberg, Gene (Jeanette) Krohnberg, Lyle (Sharon) Krohnberg, sister Karen (Vernell) Katzung, as well as several nieces and nephews.
Grandchildren: Danielle Remund (Lewis), Molly Gorman (Casey), Amber Joseph (Dylan), Brittany Nowak (Kevin), Lindsey Northenscold (Andrew), MacKenzie Kearney (Jonathan), Cody Gallaher (Kassi Shimek), Dylan Goodrich (Kaitlyn), and Shelby McKissick (Colin).
Great-Grandchildren: William Northenscold, James Remund, Jada Remund, Charlotte Goodrich, Sullivan Northenscold, Brooks Goodrich, Lucy Joseph, Baby McKissick (on the way), Baby Northenscold (on the way), and Baby Goodrich (on the way).
Norma lived her life with grace, strength, and faith. Mother Teresa once said, "Let no one ever come to you without leaving better and happier. Be the living expression of God's kindness in your face, kindness in your eyes, kindness in your smile." Our family feels that this exemplifies Norma Goodrich. We all strive to work, pray, and love harder because of this woman we were so fortunate to have in our lives.
Published on March 25, 2020
To send flowers to the family of Norma J. Goodrich, please visit Tribute Store.

Send flowers
in memory of Norma

A place to share condolences and memories.
The guestbook expires on June 23, 2020.

Ssandy & Dale Huebsch
our sympathy on such a great loss
our thoughts and prayers are with all of you
Al Narveson and Kate Simonson
Bryon, Dana, Rich, and family,
Al and I feel a deep sadness with your family on the loss of Norma. She was a gentle, quiet, graceful and inspiring woman. As a couple, you and Norma radiated love and dedication to one another that was so evident to all who knew you. We are all better for having known Norma and continue to be here for you, Byron!
Ray and Joan Becker family (Dana's adopted sisters)

Chris and Jackie Guibert
We're so sorry for the loss of your wife/mom/grandma. She was such a beautiful woman whose life was full of grace and love. Big hugs to your family. You have our deepest sympathy, prayers, and love.
Katherine Toppin
Byron and Family,
I just heard the news of Norma's passing. Please except our deepest sympathy. My memories of Norma go back a long time...everything that was said about her is so true! Spending time at your house with Sheila always brings back fun memories and Norma was right in the center of that. I feel so blessed to have spent some time with both of you in Israel and will hold that time in a special place in my heart. I will always remember Norma's beautiful smile and sweet laugh.
God Bless,
Katie & Rick Toppin 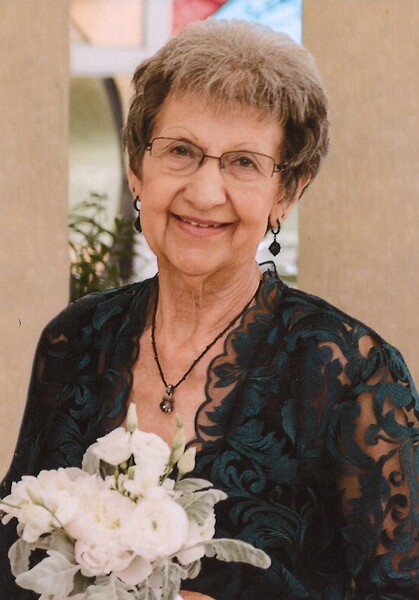