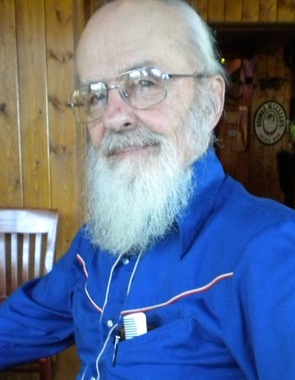 Back to Norbert's story

Norbert Francis Woitas, age 93 of Annandale, passed away peacefully from congestive heart failure surrounded by family on Monday, November 25, 2019 at the St. Cloud Hosptial. He was born October 6, 1926 in Minnesota Lake, the son of Peter Francis and Crispina Therese (Staloch) Woitas. Norbert briefly attended Crosier Seminary in Onamia, MN with intentions on entering the Priesthood. He honorably served in the United States Navy from March 1946 to January 1948. After the service, Norbert attended Mankato Commercial College for Business Accounting and worked at Mocol Foods and was also a manager of Red Owl Foods in Slayton, MN. He drove bus for Mankato City Bus Lines and worked for the Minneapolis Star Tribune. He was a longtime employee for Leef Brothers Inc. in Minneapolis until retiring as a driver after 24 years, sharing many stories with his family. In retirement, Norbert drove school bus for M+M Buses for many years. Norbert was a member of the Moose Lodge and Maple Lake American Legion Post 131. He enjoyed camping, traveling, and spending time with his family. He loved riding his bicycle and was proud to have driven over 2000 miles within a year. On September 3, 1990, Norbert and Shirley were united in marriage in a little Catholic church in Onamia, MN, by Father Stracka.
He is preceded in death by his former wife, Nadine; children, Christine Woitas, Chuck Woitas; step-son, John Cody; grandson, Jonathan Woitas; and siblings, Virginia Humbert, Sylvester "Cy" Woitas.
Norbert is survived by his wife, Shirley Cody-Woitas; children, Therese Woitas, Mike (Barb) Woitas, Jenny Pehrson, Margaret Robinson, Donna (Kashi) Misra, Judy (David) Little, Lois (Donn) Vetter, Georgia Woitas, Joni Woitas; daughter-in-law, Lesa Beeler; step-children, Suzanne (Roger) Stang, Patricia Knight, William (Cindy) Cody, Matthew (Lynn) Cody, Donald Cody (Robert Carrillo); numerous grandchildren and great-grandchildren; brother, Clem Woitas; beloved pet dog, Bosley III; and many other family and friends.
Graveside service will be held on Friday, November 29, 2019 at 12:30 PM, meet in assembly area 2, at Fort Snelling National Cemetery. A Memorial Requiem Mass will be held at a later date at St. Robert Bellarmine Catholic Church in St. Cloud, MN.
In lieu of flowers, memorials are preferred to St. Robert Bellarmine Catholic Church in St. Cloud.
A special thank you to Tricia Richardson for all her wonderful help and care with Norbert and Shirley!
Serving the family is The Peterson Chapel in Buffalo. 763-682-1363. www.thepetersonchapel.com.
Published on November 29, 2019
To plant a tree in memory of Norbert Francis Woitas, please visit Tribute Store.

Plant a tree in memory
of Norbert

A place to share condolences and memories.
The guestbook expires on February 27, 2020.