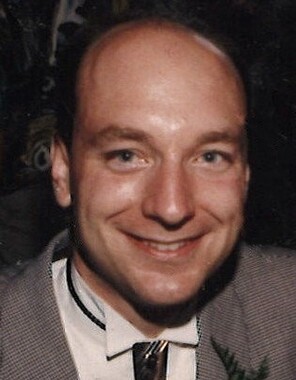 Back to Michael's story

Michael J. Croswell, age 55, of Saint Paul, died March 4, 2020 at Hospice Center in Oakdale, MN.
A gathering to Celebrate Mike's Life with be held at a later date to be announced. Interment will be in Garden City Cemetery.
Michael "Mike" Jay Croswell, Saint Paul composer, was born on October 1, 1964 to Kathleen (Wilson) and John Croswell at Immanuel St. Joseph's Hospital in Mankato, MN. He grew up on Pleasant Knoll Farm outside of Lake Crystal, MN where he farmed with his grandfather, father, and brother. Mike was a very proud of his agricultural background. He attended the Lake Crystal school system K-12. He was a graduate of Mankato State University (MSU) with a B.S. in Music Management, summa cum laude, studied French horn with Tom Giles and classical guitar with Jim McGuire. His composition professor was Dr. Paul Goldstaub. His college theater work was guided by Dr. Paul Hustoles.
He took French horn lessons thanks to public school, and thanks to his parents, had piano lessons as a teen and rock guitar lessons as a 15 year-old at the Lost Chord record shop in Mankato. From that point on, Mike's life consisted of rock bands, notably the lead guitarist for Orion, and his formal music education at Mankato. He met his wife, Kitty, in college as she had put together a guitar quartet and recruited him to play in the ensemble. They never left each other's side from that point on.
But what really set Mike on his life's work was getting to collaborate with Miriam Gerberg while in college on a theatrical production at MSU. He was exposed to providing original underscoring for a live theater show. After that, he dedicated his life, heart, and soul to creating sound design and original music for theater. He worked on well over 170 theater productions over the course of his life. One highpoint was working on a production of "The Best of Friends", produced by Michael Douglas, and staged off-Broadway in New York City.
His first commission in the regional theater scene was with Park Square Theater in 1990. After that, he began a 30 year relationship with Frank Theatre that began with "Macbeth".
A highlight in Mike's career in April 2011 was to attend the Kennedy Center American College Theater Festival in Washington, DC, at which the Theater Department of MSU - Mankato, presented the play "The Odyssey", directed by Dr. Paul Hustoles. Mike contributing the music composition and sound design.
Mike's range of experience included recording and engineering music in both studios and live settings, composing, scoring, musical direction, music performance, and music ensemble creations. He has released numerous CDs and helmed the band Metaphor which performed at First Avenue Main Room three times, and the Cedar Cultural Center for many spring and fall shows. He was a member of the experimental/electronic band Paris 1919.
Mike was commissioned by a variety of arts and performing organizations including Walking Shadow Theater Company, Theatre Mu, Stages Theater, Macalester College Theater Department, Christopher Watson Dance Company, Arena Dances, Live Action Set, and The Saint Paul Music Academy. He participated in the Prague International Festival of New Media, Art, and Music with Echofluxx Ensemble. He received a McKnight Composer Fellowship, Jerome Composer Commissioning Project grants and is an Ivey Award Recipient. He was a member of the American Composers Forum.
Mike also had a licensing agreement with CBS Television and his music was utilized several years for the "48 Hours Mystery", including the episode "Hostage" which won an Emmy.
He did not waste one minute of his life and has left us with many wonderful memories.
Mike was preceded in death by his father, John Croswell; grandparents, Leighton and Esther Croswell, Clifford and Agnes Wilson; aunts, Eleanor (Croswell) Thomas, Mary Ann (Croswell) Norman, uncle, Clifford Wilson.
Mike is survived by his mother, Kathy Croswell; spouse, Kathleen "Kitty" Croswell; brother, Mark (Shari) Croswell and wonderful nieces, Samantha and Shawna Croswell; and many cousins.
Memorials are gratefully accepted by Frank Theatre, www.franktheatre.org, 3156 23rd Avenue S. Minneapolis, MN 55407.
Published on March 20, 2020
To send flowers to the family of Michael J. Croswell, please visit Tribute Store.

Send flowers
in memory of Michael

Marge & Jerry Orness
Dear Kathy & Family, We are thinking about you & praying for you at this difficult time. What a spectacular person he was. His memory will live on. Love & Prayers
Kim & Julie Svenningsen ( Sven )
I had the pleasure to be the lead singer of Orion with Mike, ( or Mutt back then ). He would learn a song only by ear, in a day or two, and was only 18. With all of is talent and knowledge, he was the most down to earth person you could ever know. He is a great loss to this world. I'm sure he could have come up with words, or a melody, that would help us all. As he told me once , he is the luckiest Man alive, because he found true love. Kitty for all the good Mike as done, you have been there to guide, give, and love. I love you, and pray for you, and also Mike's Mom and Brother. We will meet again my Brother. Til then RIP.
Mary Beth & Bruce Royer
Our thoughts and prayers are with you and Michael's family during this difficult time. ♥️🙏 Mary Beth & Bruce
Shirley Davis
I send my condolences to your family. God Bless you all at this sad time!
View all 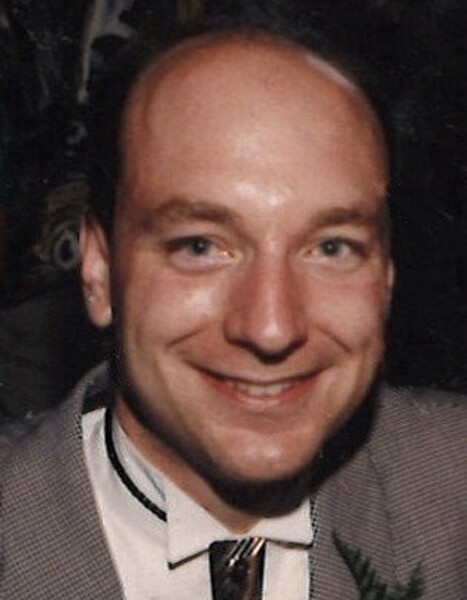