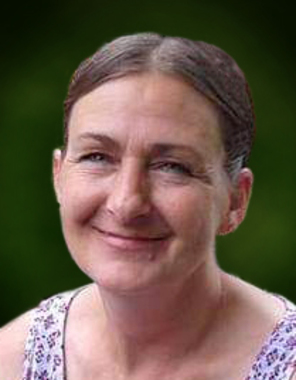 Back to Mary Jo's story

A celebration of life will be held from 3 to 8 PM on Saturday, November 16, 2019 at New Creations Outreach Church. 1124 North River Drive, North Mankato.
Mary Jo (Frederick) Shelton was born June 18, 1959 in Mankato, MN, daughter of Victor and Elaine (Bolin) Frederick. She grew up in Mankato and attended West High School. Following high school she studied Interior Design.
In 1978, she was united in marriage to Sam Shelton in Mankato, MN. They were blessed with three children.
Mary Jo was a local business woman. She and Sam built and ran The Trailblazer Bar and Grill as well as The Sakatah Trail Campground. Later she ran the Town Pump bar in Madison Lake, MN. In 2010, she opened and ran Shelton's Liquor Store in Buffalo Center, IA.
She was a cat lover. Rescuing stray cats and feeding all the neighborhood felines. She also enjoyed crafting, watching the Walking Dead, and donating to charities. Mary Jo had a very outgoing personality and people warmed to her instantly. She became known to her children's friends as "their second mom."
Mary Jo died on November 12, 2019 in Buffalo Center, at the age of 60.
She is survived by her children, Angie (Steve) Nechanicky of Mankato, MN, Andrew (Amber) Shelton of Clinton, UT, Anthony Shelton of Buffalo Center; grandchildren, Isiah, Airick, Vincent, Nevaeh; siblings, Dale Frederick, Terry Frederick, Larry (LaVonne) Frederick, Mary Ann (Lavern) Shelton; and many nieces and nephews.
Preceding her in death are her parents; her children's father, Sam; siblings, Mary Lou (Steve) Wolters, Donnie Frederick; and her brother-in-law, Steve Wolters. www.oakcrestfuneralservices.com
Published on November 15, 2019
To plant a tree in memory of Mary Jo Shelton, please visit Tribute Store.

Plant a tree in memory
of Mary Jo

A place to share condolences and memories.
The guestbook expires on February 13, 2020.

Susan Heise
She was a neighor when where children!
Susan Heise
So sorry for your loss
Mendy Hansen
Sincere Condolences to the family
View all