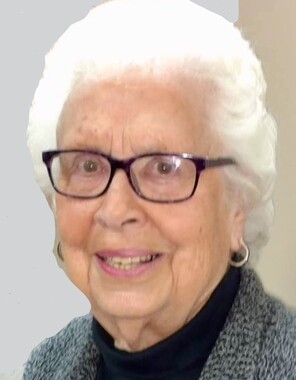 Back to Margaret "Marge"'s story

Born in Waterville on April 24, 1929, Margaret was the daughter of Merle and Leona (Burke) Kanne. She graduated from Waterville High School before attending Ms. Woods College for two years and Mankato State Teacher's College for two years, graduating with an education degree. In the early 1950's Marge married Robert Pribyl. They later divorced. She taught kindergarten for many years, starting out in the Wells and Brainerd communities and finishing in the Waterville and Elysian communities. Marge enjoyed being active in her book club and the Lakes Area Women's Club, and she was a fixture at St. Andrew's Catholic Church in Elysian where she volunteered in countless capacities over the years. She enjoyed knitting, walking, and staying physically active and continued to enjoy serving others throughout her entire life. Marge volunteered for the Fourth of July Parade, the community food shelf, the library, Santa Anonymous, and she loved to read to children and always sought to provide for their needs - both seen and unseen.

Marge is survived by three siblings, Joan Seha of Bloomington, Daryl (Karen) Kanne of Owatonna, and Sandra (David) Tonseth of St. Peter; one sister-in-law, Jackie Kanne of Eagan; one brother-in-law, Allen Hrdlicka of Mankato; and many nieces and nephews and their families. She was preceded in death by her parents; one brother, Gerald Kanne; one sister, Nancy Hrdlicka; one brother-in-law, Robert Seha; one nephew, Tom Seha; and two great-nephews, Erich Kanne and Zackary Cummins.

Funeral services will be held at 11:00AM on Thursday, December 5, 2019 at St. Andrew's Catholic Church in Elysian, with Rev. Michael Ince officiating. Visitation will be held from 10:00AM until the time of the service at the church on Thursday. In lieu of flowers, memorial donations may be directed to your community food shelf, your community library, or to St. Andrew's Catholic Church in Elysian. A private family interment will be held at Cedar Hill Cemetery in Elysian at a later date. Dennis Funeral & Cremation Services in Waterville is handling the arrangements. dennisfuneralhomes.com.
Published on December 3, 2019
To plant a tree in memory of Margaret "Marge" Elaine Pribyl, please visit Tribute Store.

Plant a tree in memory
of Margaret "Marge"

A place to share condolences and memories.
The guestbook expires on March 02, 2020.

Mike kennedy
I knew marge growing up in Elysian. She and bob lived just down the road. I always admired the way she kept on after bobs death. Truly a remarkable and inspiring woman.
View all