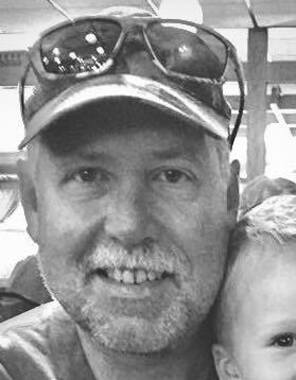 Back to Lee's story

Lee Thomas Browne, age 56, of North Mankato, passed away peacefully surrounded by his family at home on Friday, November 29th. Lee was born October 10th, 1963 to Thomas and Rita "Schneider" Browne in Mankato, MN. He graduated from Mankato West High School in 1982. Lee worked as a cook/maintenance at the Holiday Inn/Best Western. He then continued his career as a Maintenance Engineer with the Blue Earth County Justic Center.
Lee is survived by his 3 children, Matthew Browne, Joshua Browne, Emily Browne(Ian Jordan), and grandson, Jaxyn Askeland. Siblings Elaine "Browne" Sundell(Brett) and Micheal Browne. Aunt Nancy Schneider. Cousin Suzette Johnson and Colorado cousins Mike, Nancy and Christine.
Lee spent 38 years at Swan Lake in Nicollet where he was introduced to hunting by his father-in-law and eventually passed the traditions down to his three children and grandson Jaxyn, whom he thought the world of. If he wasn't camp cook at the lake, he would also enjoy cooking and grilling out of his "Man Cave" at home which he built with his family. He is best known to friends and family that he would say "You gotta have a plan" and "Google is your friend."
Proceeded in death
Parents Tom and Rita Browne, Grandparents, Aunts, Uncles and Cousins.
Private services will be held for family.
Published on November 30, 2019
To plant a tree in memory of Lee Thomas Browne, please visit Tribute Store.

Plant a tree in memory
of Lee

A place to share condolences and memories.
The guestbook expires on February 28, 2020.

Jon Anderson
Lee, I can't believe you're gone. We had such great times together out at Swan over the 40 years I've known you. We had great fun planning meals for the camp, sharing stories about children and grandchildren and even hunting occasionally. Evenings by the campfire at the lake were the best. You got to watch the boys grow and turn into great hunters and trappers. You will be missed greatly but always be in our hearts and memories. Thanks for being my friend Lee. Until we meet again, rest in peace.
Greg Kirby
I have great memories working with Lee at the Best Western Garden Inn. I'm so sorry for your loss!
Brian J. Shoemaker
Condolences to Lee’s family. I worked with Lee at the Justice Center and will always think back to our conversations fondly. #THWD Lee
View all