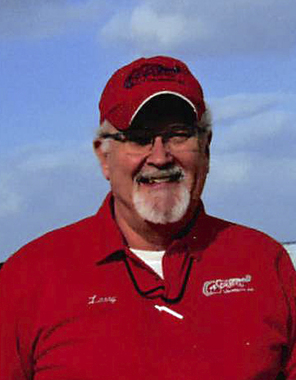 Back to Larry's story

A memorial service for Larry W. Alvey will be held at 2:00 PM on Tuesday, December 17, 2019 at the United Methodist Church, Albert Lea, with Rev. John Mitchem officiating. Military honors will be performed by the Albert Lea Area Veteran's Organizations. Visitation will take place from 5 - 7 PM on Monday, December 16, 2019 at Bonnerup Funeral Service, Albert Lea, and again one hour prior to the service at the church on Tuesday.
Larry passed away on Monday, December 9, 2019 at Mayo Clinic Health System - Albert Lea. He was 71 years old.
Larry William Alvey was born on April 11, 1948 in Albert Lea, MN to parents Robert W. and Charlotte M. (Jensen) Alvey. He grew up in the Hollandale area and graduated from Albert Lea High School in 1966, later obtaining his bachelor's degree in education from Northwestern College in Orange City, IA. Shortly after graduating, Larry was drafted into the Unites States Army during the Vietnam Era and served his country honorably from 1970 - 1972, and then in the Army Reserves from 1972-1976.
When Larry returned from his service, he began his career teaching High School in Iowa for 6 years before beginning his true passion - being a tour guide for last 40+ years; most of those years with 4 Season Vacations in Albert Lea, MN. It is rare that somebody gets to do what they love for a living, but Larry was fortunate enough to do so. He was the tour guide for so many people in our area; bringing them on one-of-a-kind vacations that they will never forget.
Besides traveling, Larry was also known for having the "Pumpkin Patch" west of town, as well as selling picture postcards for many years. He loved his animals, having many cats, dogs, sheep, pigs, and others throughout the years. Larry was personable, nice, and always greeted you with a smile.
He is preceded in death by both parents, Robert and Charlotte Alvey; and a grandniece, Adalynn.
Larry is survived by his two siblings, Christine (Sharon McCutcheon) Alvey and Michael (Penny) Alvey; nieces and nephews, Joshua Rebitzke, Jed (Anna) Olvera, Clay (Anna) Levine, and Samuel (Catlin) Olvera; great nieces and nephews, Teren, Brandon, Jayden, Kendra, Ashley, Lukas, Lincoln, and River; as well as the many friends he made through his travels.
Memorials preferred to the Humane Society, United Methodist Church, or donor's choice.
www.bonnerupfuneralservice.com
Published on December 13, 2019
To plant a tree in memory of Larry W. Alvey, please visit Tribute Store.

Plant a tree in memory
of Larry

Bob & Sue Zech
So sorry to hear of Larry's passing. We enjoyed several cruises with him. He was always smiling and happy. He will be greatly missed.
Bonnie Klea
Larry was an excellent tour guide and we were all happy and safe with him.
Vic & Kathy Barke, Mankato, MN
We are so sad to hear that Larry is no longer with us. We had the honor to have had him as our tour guide this past July in Alaska. He really knew how to plan a fantastic vacation. So accommodating & concerned about everyone in our group. Always had a smile on his face & had a great sense of humor. He will be missed by so many. Our deepest condolences to family & friends.
View all