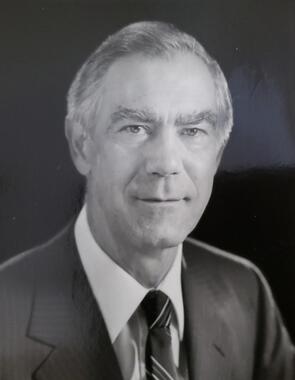 Back to Kenneth's story

Ken was born July 1, 1923 in Mankato, MN, the son of William and Irene Moeri Kirby. He grew up and attended elementary and high school in Kasota. In high school he excelled in music, declamation, baseball and basketball. He attended and graduated from Gustavus Adolphus College in 1945 with majors in Chemistry and German. He joined Green Giant Co. as a chemist for eight years until entering Purdue University where he completed a masters and Ph.D. in Biochemistry. On graduation he joined Penick and Ford in Cedar Rapids where he remained for 32-years with the exception of two years at R.J. Reynolds in Winston Salem, NC and five years at the University of Iowa in Preventive Medicine. He retired from active work in 1991 as chairman of the company.

Ken married Bernice Hallman of Mankato on July 26, 1947 and enjoyed a very happy life. When Bernice became an Alzheimer patient in 2006 she lived at home with him for five years while living in the Meth-Wick Community. Ken found music a great diversion from science and was very active as a singer, soloist, choir member and director. He was a member of the Civic chorus and Chorale Midwest. He also did male quartet work in college, at Green Giant and at Purdue. He was a 20-year member of the New Horizons band, a former director of the Fine Arts Council, a member of the symphony board and a 55-year member of the Community Concert Board.

Ken was active in publishing and wrote many chapters for texts covering starch and carbohydrate chemistry. He was a member of The American Chemical Society, (TAPPI), The Institute of Food Technology, Cereal Chemistry and Textile Chemistry and The Cedar Rapids Literary Club. He was a 45- year member of the Cedar Rapids Country Club and a member and Deacon, Trustee and Elders of the First Presbyterian Church, U.S. A. Cedar Rapids.
Ken enjoyed writing essays for the Literary Club ranging from science to humor and Alzheimer disease where he presented lecture material. His major accomplishment in life has been the success at getting the CDC to change the Physicians hand book for completing death certificates by physicians to have an example of Alzheimer's death when diagnosed as the underlying disease. The CDC reports to Congress each year on the numbered deaths and it is a way to get funding for research to cure or prevent the disease. He leaves this as a legacy for his wife, Bernice, who died of the disease and for the several million people who have yet to die and who will benefit from research funding.

Memorials may be directed to the family.

Online condolences can be left at www.teahenfuneralhome.com.
Published on February 17, 2020
To plant a tree in memory of Kenneth William Kirby, please visit Tribute Store.

Plant a tree in memory
of Kenneth

A place to share condolences and memories.
The guestbook expires on May 16, 2020.

Larry Potts
A few years ago I wrote to Ken to ask for some stories about Gustavus chemistry back in the 1940s, particularly about physical chemistry. We exchanged a few emails and he was wonderfully helpful. He was sharp and clear at age 94, and I thought how fortunate I was to be able to put his stories into the history piece I am writing. He had a terrific career and was one of Gustavus's best in science. My condolences to the family. Go Gusties!
View all 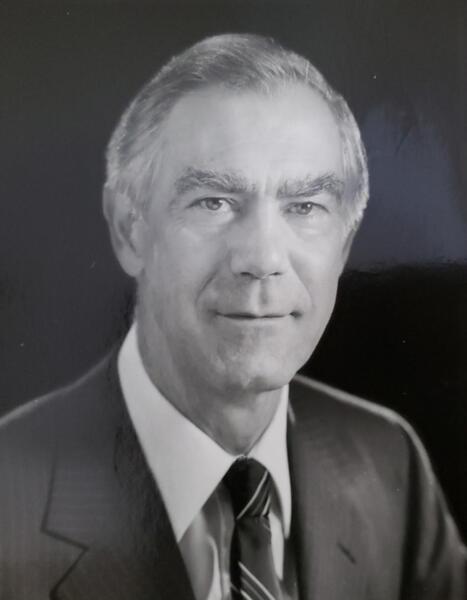