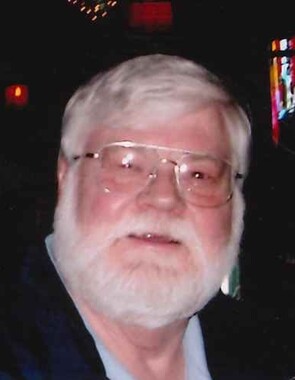 Back to Jerry's story

Gerald "Jerry" Troldahl, age 73 of North Mankato, passed away peacefully on Monday morning, Nov 25, 2019 with his children at his side.
Jerry was born on August 29, 1946 to Thorwald and Verna (Haugen) Troldahl in Mankato, MN. He graduated from Mankato High in 1964. Jerry served as a medic in the Army National Guard for six years. He worked as a salesman his whole life: first clothing and then insurance. The rest of his career was spent selling mailing equipment and copy machines first at Pitney Bowes and then spent the next 20-plus years as the manager of Mantronics Mailing Systems. After his retirement, he worked at the South Street Saloon for several years and maintained a very special group of friends there who he considered extended family. He married Rebecca Troldahl and they had three children. They later divorced but remained friends. He was a great father and his children respected and loved him. Jerry taught his family that kindness and appreciation for other people is the way to live a good life, something he learned from his parents. He was always a rock for his children.
Jerry loved fishing and taught all of his children how to fish at a young age, which is a special memory shared by all of them. He loved going on Canadian fishing trips with his sons and high school friends. He also enjoyed camping and trips up north with his family and friends, cooking, playing cards and watching football. His greatest joy was his grandchildren.
He is survived by his three children; son, Kevin Troldahl of Moorhead, MN, daughter, Alison (Leigh Erickson) Troldahl of Mankato and son, Andrew Troldahl of North Mankato; four granddaughters McKayla (Blake) Leonard, Sierra Boswell, Milayna Boswell and Adyson Troldahl; and three great-grandchildren Braxten, Huntley and Colten.
He was preceded in death by his mother and father and his brothers Tom Troldahl, Bruce Troldahl and the infant Baby Troldahl.
Memorial services will be held at 5pm Saturday, November 30, 2019 at Woodland Hills Funeral Chapel. Visitation will be held from 3:30-5pm Saturday, November 30, 2019 at Woodland Hills.
Published on November 27, 2019
To plant a tree in memory of Jerry Troldahl, please visit Tribute Store.

Plant a tree in memory
of Jerry

A place to share condolences and memories.
The guestbook expires on February 25, 2020.

Denny Friederichs and Helen Dale
We just heard about Jerry. We shared so many memories. We are thinking of you and the rest of the family act this sad time. Denny & Helen
Ron Goodrich
Good memories of a man who always made you feel like a friend
View all