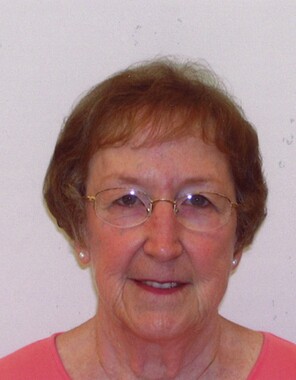 Back to Edna's story

Edna Ruth Ludwig, age 85, of Mankato and formerly of Austin died Sunday, December 1, 2019 at New Perspective Living Center in Mankato.
Edna was born on October 23, 1934 in Moscow, Minnesota to William and Olga (Klingfus) Friedrich. She was united in marriage to Roger Ludwig on November 12, 1960 in Austin. She was employed at the corporate office with Hormel Company in Austin. She and Roger moved to Mankato in January 2017 to be near their son, Steve.
Edna is lovingly survived by her husband, Roger Ludwig of Mankato; son, Steve Ludwig and special friend, Teresa Rohlk both of Mankato; granddaughters Emily Ludwig of Moorhead and Kate Ludwig of Eau Clair, WI; two brothers, Albert Friedrich of Williamsburg, VA, William "Willy" Friedrich of Austin; brothers-in-law, James (Diana) Ludwig, Golden, CO, Hubert "Larry" (Annette) Ludwig of Spring Hill, FL, Merrill (Barbara) Ludwig of Windsor, CO.
She was preceded in death by her parents; four brothers, Gustaf (Naomi), John (Jenny), Henry (Jean), and Fred; three sisters, Ida (Bruce) Norman, Laura (Jim) Watson, Caroline (Leonard) Lewis; infant brother, Leo and an infant sister, Bertha.
Mankato Mortuary is assisting with burial at Fort Snelling National Cemetery. A family celebration will be held at a later date.
Published on December 2, 2019
To plant a tree in memory of Edna Ruth Ludwig, please visit Tribute Store.

Plant a tree in memory
of Edna

A place to share condolences and memories.
The guestbook expires on March 01, 2020.

Ashley Palmisano
My condolences to the family. I used to work at New Perspective and help care for Edna. She was a lovely woman and I will miss her.
View all