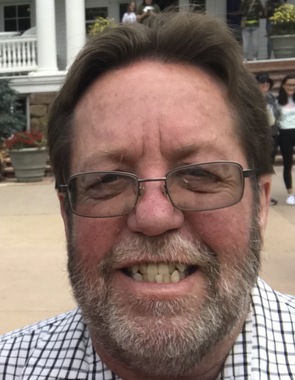 Back to David's story

David D. Leonard, age 59 of Fort Collins Colorado and formerly of Kasota, MN passed away on February 12, 2020 in St. Peter with family by his side after a brief battle with cancer.
Memorial service will be 11:00 am Monday, February 17, 2020 at First Presbyterian Church, Kasota with visitation one hour prior.
David was born to Curt and Wendelyn "Jean" (Morrison) Leonard on January 20, 1961. He graduated from St. Peter High School. He worked at Alumacraft until he moved to Colorado in 1988. He then worked the last 24 years at DHW Signs. David enjoyed the outdoors, especially fishing.
David is survived by his siblings: Jeff of St. Peter, Scott (Michelle) of St. Peter, Val (Jason) Elwood of Kasota, Matt (Kari) of St. Peter; half-sister Laurel Strand of Le Sueur; brother-in-law Gary Jewison of Cleveland; step mother Melva Leonard of St. Peter and many nieces and nephews. He was preceded in death by his parents, sister Kelly Jewison, infant brother Patrick and grandparents.
Published on February 13, 2020
To send flowers to the family of David D. Leonard, please visit Tribute Store.

Send flowers
in memory of David

A place to share condolences and memories.
The guestbook expires on May 13, 2020.

Full Of Love Bouquet was purchased for the family of David D. Leonard by Mike Taylor and Sandra Holt.  Send flowers

Connie Mares
RIp Dave....miss you
Ed orcutt
Dave was a good friend of mine and a great fisherman and great guy. My condolences to the family in there sorrow
Dennis Hulbert

Dave and I shared many a sports conversation and always loved his insight and humor what a wonderful friend to all he will be missed.

Tyler Gates
Such a great guy... I'm so glad I had the honor of knowing him and I will deeply miss him!
Mike Taylor
My Condolences to the family and friends of Dave. I have know Dave since I moved to Fort Collins. Dave became one of my best friends. My heart is deeply saddened. His memories will always be with me.
R.I.P. My Friend
Nathan
My memory is when I said “good night David”
View all