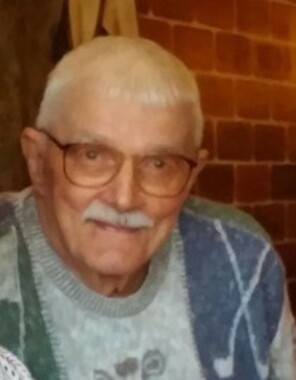 Back to Clarence "Chic"'s story

Clarence "Chic" Herman Schulze, age 90, of Mankato, MN died Wednesday, October 16, 2019 at Hillcrest Rehabilitation Center in Mankato. Memorial services will be held at 3pm Saturday, November 23rd 2019 at Woodland Hills Funeral Home. Visitation will be one hour prior to the services at the funeral home. Memorials are preferred to Pheasants Forever or the Salvation Army
Clarence was born November 7, 1928 in Centerville, South Dakota to Clarence L. and Irma D. (Kettner) Schulze. He graduated from Garden City High School. He served in the US Army in Germany (1946-1948) and Korea (1950) where he was awarded the Bronze Star. Following his release from the Army, Clarence attended Mankato Teachers College majoring in business administration. On February 21, 1953 he married Margaret McGuire at Holy Family Catholic Church in Lake Crystal, Minnesota. Clarence began his 35 years with United Supply in 1956.started out driving a delivery truck and worked his way up to part owner and treasurer. Clarence enjoyed golf, bowling, hunting, fishing and was an avid fan of Minnesota sports teams. He was a member of VFW Post #950 and also the Senior League at Northlinks where he hit a hole-in-one on July 3, 2019.
Clarence is survived his wife, Margaret; son, Larry (Kris) Schulze, Madison Lake, MN; daughters, Sharon (Bill) Schindle, North Mankato, MN, Kathryn (Jim) Sloan, Mankato, MN, Julie (Gordon) Williams, Mt. Carmel, UT; grandchildren, Barry (Kayla), Samantha (Mike), Andy, Lindsey, Taran and Ben; great grandchildren, Sayora, Eve, Isabella, Henry, Aaron, Frederick, Isaac, Titus, Owen; sister, Phyllis Conrad, Amboy, MN; many nieces and nephews. He was preceded in death by his parents, Clarence and Irma, and his mother and father-in-law, William and Mary McGuire.
Published on November 18, 2019
To plant a tree in memory of Clarence "Chic" Schulze, please visit Tribute Store.

Plant a tree in memory
of Clarence "Chic"

A place to share condolences and memories.
The guestbook expires on February 16, 2020.