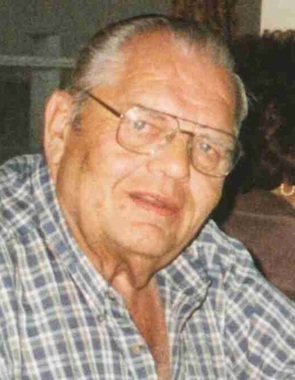 Back to Clarence's story

Clarence "C.J." Andresen, Jr., age 87 and lifelong member of Le Sueur, passed away Sunday, November 10, 2019 at the Oak Terrace Assisted Living in Le Sueur. Memorial service will be 11:00 a.m. on Thursday, November 14 at the Kolden Funeral Home in Le Sueur. Visitation will be one hour prior to service. Private interment will be at a later date in Calvary Cemetery, Le Sueur.

He loved hunting, fishing, gardening, traveling, his coffee group at Holiday, and spending time with his family. He also kept in close touch with his high school classmates.

He is survived by his 4 children, Sue (Dave) Pundsack, St. Cloud, MN, Amy (Gary) Thelemann of Le Sueur, Jane (Dave) Rogers of Jacksonville, FL, and Chris (Dana) Andresen of Blaine, MN; 7 grandchildren; 7 great-grandchildren with one more on the way.
He was preceded in death by his parents; wife, Joyce on 8/23/2007 and 3 brothers, Dick, Ray, and Donald.

The family wishes to thank Oak Terrrace Assisted Living in Le Sueur for their kindness and care during this difficult week.
Published on November 11, 2019
To plant a tree in memory of Clarence "C.J." Andresen, please visit Tribute Store.

Plant a tree in memory
of Clarence

A place to share condolences and memories.
The guestbook expires on February 09, 2020.