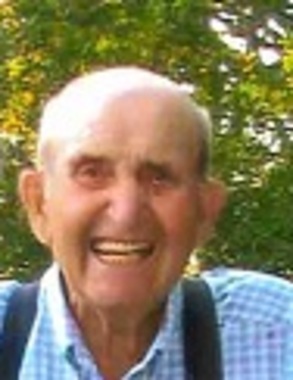 Back to CECIL's story

Cecil W .Ernsting, age 93, of LeSueur died on February 7, 2020 at his home under hospice care in Lake Prairie Township, Nicollet County. Funeral services will be held on Wednesday, February 12, 2020 11 a.m. at Zion United Church of Christ in LeSueur. Rev. Kent Meyer, PhD. will officiate. Visitation will be 2 hours prior to the service. Interment will be in the Mound Cemetery in LeSueur. Koldenfuneralhome.com
Cecil was born on June 5, 1926 Mankato, Minnesota to Leo and Berdina (Tiegs) Ernsting. He attended country school. Cecil grew up during the depression era and was hard working individual who was determined to succeed despite the hard times. He married Ruby Chambers on April 26, 1950 at Zion United Church of Christ in LeSueur. She preceded him in death in February of 2018. As a youth he worked as a farm hand and started driving commercial milk trucks for Rush River Creamery, Star Creamery, Land 0 Lakes, Green Giant and then a long career with the LeSueur Cheese Company. Cecil took pride being in the milk business for 63 years, running the family farm and spending time with his family. He enjoyed shuffle board, horseshoes, playing solitaire, wildlife and family get-togethers.
He is survived by his children,.Dennis (sp. friend, Tara) of Madison Lake, Bruce (Lisa) of Dupont, WA, Scott (sp. friend, Laurel) of LeSueur, Jane (Darrin) Buck of LeSueur, Tim of Kasota and Tom of LeSueur. 16 Grandchildren and 12 Great-grandchildren; brother, Ronald Ernsting of LeSueur and sister-in-law, Lois Ernsting.

He is preceded in death by his wife, Ruby, daughter, Elizabeth; brother, Elroy and sister-in-law, Judy Ernsting.
Published on February 10, 2020
To send flowers to the family of CECIL W ERNSTING, please visit Tribute Store.

Send flowers
in memory of CECIL

A place to share condolences and memories.
The guestbook expires on May 09, 2020.

Lovely One Spathiphyllum Plant was purchased for the family of CECIL W ERNSTING.  Send flowers