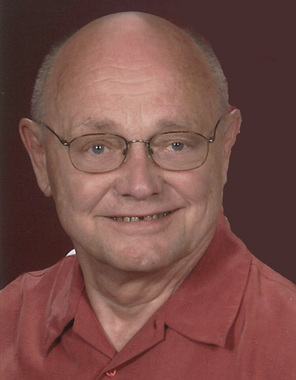 Back to Barry's story

A Celebration of Life Services for Barry O. Bliesmer, 74, of North Mankato, Minnesota and formerly of St. James will be 5:00 p.m. Friday, January 31, 2020 at Bethlehem Lutheran Church, #720 S. Second St., in Mankato, Minnesota with Pastor Collette Broady Grund officiating. Burial will be at a later date in Lake Fremont Cemetery in Dunnell, Minnesota.

Barry was called to his eternal rest suddenly on Tuesday afternoon, January 7, 2020 at Mayo Clinic Health System in Fairmont, Minnesota. Visitation will be from 4:00 -6:00 p.m. Thursday, January 30, 2020 at the Kramer Family Funeral Home in Trimont and from 3:30 p.m. Friday at the church in Mankato. Messages of Sympathy may be sent to the family online at www.kramerfuneralhome.com

Barry Owen Bliesmer was born on July 9, 1945 to Mervin and Helen (Waldee) Bliesmer in Estherville, Iowa. He lived on various farms growing up and began his education in a country school near Sherburn, MN, later graduating from Sherburn High School in 1963. Barry attended Mankato State College, graduating in 1967 with a Bachelors Degree and in 1969 received a Masters Degree in Biology (Microbiology). On April 10, 1965 he was united in marriage to Mary Mathwig at St. John's Lutheran Church in Dunnell, Minnesota. After their marriage they lived in Mankato and Ames, Iowa where Barry completed further graduate courses in Microbiology at Iowa State University. They moved to St. James, MN with their daughter Shelly in 1974 and Barry was employed by Eiden Farm Drainage for several years. He later worked as a Microbiologist in Quality Assurance for ConAgra Foods from 1987 to 2004 in St. James and then Wells, eventually living in North Mankato. Decreasing vision caused early retirement. Barry was a member of Bethlehem Lutheran Church in Mankato and enjoyed spending time with his grandchildren, no matter their ages or interests. When he had better vision he loved birdwatching and reading, driving the rural countryside, working in his garage and enjoying NASCAR races and drivers. Recently he was more confined to home and would enjoy phone calls with relatives and long- time friends from college years.
Barry is survived by his wife, Mary Bliesmer of North Mankato, Minnesota; his daughter, Rev. Shelly (Erik) Olson of North Mankato, Minnesota; three grandchildren, Samuel, Gunnar and Anna Olson; sister, Bonnie (Jim) Prust of Wells, Minnesota; brother, Marlin (Nancy) Bliesmer of Dunnell, Minnesota; nieces and nephews; brother-in-law, Roger (Mary Ellen) Mathwig of Fairmont; sisters-in-law, Nancy (Darvin) Bishop of rural Trimont, Minnesota and Kathleen Eiden of St. James, Minnesota and other relatives and friends.
Barry was preceded in death by his parents, Mervin and Helen Bliesmer; brother-in-law, Joseph Eiden and other relatives.
Gifts in memory of Barry are suggested to the Minnesota State Mankato Foundation to support the Biology Department.
Published on January 27, 2020
To plant a tree in memory of Barry Owen Bliesmer, please visit Tribute Store.

Plant a tree in memory
of Barry

A place to share condolences and memories.
The guestbook expires on April 26, 2020.

Jan Boyum
Mary and family,
Loss of a spouse, father and loved family member is difficult no matter how or when it comes. My condolences to you all at this time of grief.
Sincerely, Jan Boyum
Karin and Scott Pauly, Nicholas and Beau

Secret Garden Basket was purchased for the family of Barry Owen Bliesmer by Karin and Scott Pauly, Nicholas and Beau.  Send flowers