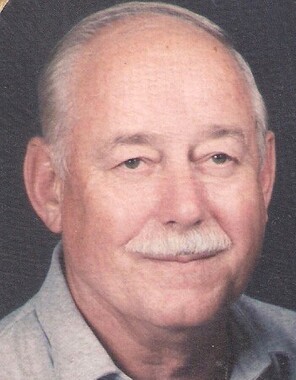 Back to Armin's story

Armin Joseph Steck Sr. 89, formerly of Mankato, died January 23, 2020 at Liana Assisted Living, in Venice, Florida.
Armin Joseph Steck Sr. was born October 31, 1930 to Eric and Caroline (Schumacher) Steck in Mankato, Minnesota.
He married Leone Thomas on May 31st, 1958 in Mankato. Together they raised four children, Charlotte, Pauline, Armin Jr. (Joseph) and Susan.
After serving in the Navy, he worked for the railroad as a telegrapher and later became a fireman for the city of Mankato. He also worked in construction and built cabinets in his spare time. After he and Leone retired, they moved to Venice, Florida.
Armin enjoyed the outdoors. He loved to hunt and fish. He spent hours target shooting with his bow and arrow. He loved dogs and had a four-legged companion by his side for most of his life.
He had a gift for working with wood and painting. He painted pictures and built many things for his family and friends. He was very interested in history and loved giving anyone who would listen a lesson in history. He also spent many hours retaining his skills as a telegrapher.
Armin had a great sense of community. He will be remembered by many as a person who helped those in need.
Armin is survived by his wife of 61 years, Leone, his four children, Charlotte (David) Mikkalson, Pauline (Erik) Gets, Joseph and Susan (Gregg Marg) Steck; 14 grandchildren; 18 great grandchildren, brother, Robert Steck and sister, Barbara Hummer and several brothers- and sisters-in-law. He was preceded in death by his parents, Eric and Caroline Schumacher, stepfather, Francis Konz, sister Mildred (Penny) Marquardt, and several brothers- and sisters-in-law.
The family will have a celebration of Armin's life in Mankato, sometime in April.
Published on January 28, 2020
To send flowers to the family of Armin Joseph Steck, Sr., please visit Tribute Store.

Send flowers
in memory of Armin

A place to share condolences and memories.
The guestbook expires on April 27, 2020.

Tim Mohr
Joe, sorry to hear of your father’s passing. You and your family are in Jean and I’s prayers.
Francetta Averill Adams
Sending my Sympathy to you and your family Oney, what wonderful memories he must have left you with. Your loss is still great, so sorry.
View all