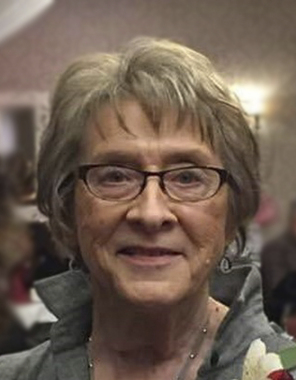 Back to Arlene's story

ARLENE J. THIEME, age 79 of Waseca died on Wednesday, January 8, 2020 at St. Mary's Hospital in Rochester.
Born on November 21, 1940 in Jackson, Minnesota, she was the daughter of Harold and Elsie (Rosin) Nyborg. She graduated from high school in Estherville, Iowa in 1958. Following her schooling, Arlene worked as purchasing agent for the city of Estherville. She married Gary Thieme on June 25, 1960 in Jackson. After getting married, they moved to Windom and worked together at the Cottonwood County Citizen newspaper. In June of 1966 they moved to Waseca. Arlene worked as a homemaker and later for Gwen Johnson at her picture framing shop. She also worked at L.J. Ltd. clothing store and in the insurance department at Waseca Dental Care. In retirement, they enjoyed spending time in Arizona and Whidbey Island. Arlene enjoyed spending time with family and friends, gardening, and cooking and baking. She was a member of Grace Lutheran Church in Waseca.
She is survived by her husband, Gary of Waseca; two daughters, Pam Crain of Red Wing and Nancy (Mark) Denn of Waseca; five grandchildren, Sara Crain, Robby Crain, Jackson (Emily) Denn, Nelson (Ellie Decker) Denn, and Jacob Denn. She is also survived by sisters-in-law, Joanie (Wayne) Wendel and Mary Jo Durand; and three nephews, Bill, Don, and Dave Nyborg. She was preceded in death by her parents; step-father, George Crawmer; brother, Jim (Barb) Nyborg; and brother-in-law, Peter Durand.
Funeral services will be held on Sunday, January 12, 2020 at 2:30 P.M. at Grace Lutheran Church in Waseca. Burial will be at Riverside Cemetery in Jackson at a later date. Visitation will be held on Sunday from 12:30 P.M. until the time of services at the church. Dennis Funeral & Cremation Services of Waseca is handling arrangements. dennisfuneralhomes.com
Published on January 9, 2020
To send flowers to the family of Arlene Thieme, please visit Tribute Store.

Send flowers
in memory of Arlene

A place to share condolences and memories.
The guestbook expires on April 08, 2020.

Joel DeNeui
So sorry! Gary and Arlene brought great joy and happiness to us. We will miss her very much.

Arrive in Style was purchased for the family of Arlene Thieme.  Send flowers