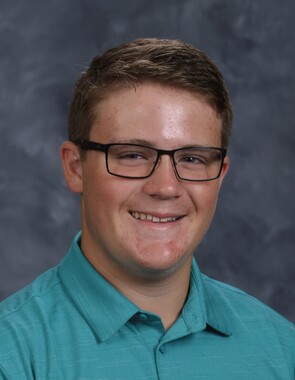 Back to Andy's story

Andy Jon Wendinger, 17 of North Mankato, died March 10, 2020 at his home.
A Celebration of Life Gathering will be 4-8p.m., Sunday, March 15, 2020 at Northview-North Mankato Mortuary, 2060 Commerce Drive, in North Mankato. The family prefers memorials be given to The Andy Wendinger Memorial Fund at any Frandsen Bank.
Andy was born October 21, 2002 to Jon and Lisa (Hatting) Wendinger in Mankato. He was currently a junior at Mankato West High School. Andy's passions included football, golf, and percussion in the high school band. He especially enjoyed marching with the 77 Lancers. Outside of school, he enjoyed playing his Xbox, boating, ATVing, riding his motorcycle and his '77 Chevy truck named "Ace." Andy was employed as a cashier at Casey's and loved working as a Ski Instructor at Mt. Kato. Andy was known as a kind, loving, caring, and thoughtful young man with a BIG heart, who will be greatly missed by all who knew him.
Andy is survived by his parents, Lisa and Jon Wendinger; siblings, Emily (Joe) Gehring, Nick Olstad, Josh Olstad, and Elie Wendinger; nieces, Shyla and Kamryn Gehring; nephews, Dravyn and CJ Gehring; grandmothers, Verla Hatting and Joleen Wendinger; godparents, Kyla and Steve Franta; and many aunts, uncles, cousins, and friends.
He is preceded in death by his uncle Mark Hatting; and grandfathers, Marvin Hatting and Paul Wendinger.
Published on March 11, 2020
To send flowers to the family of Andy Jon Wendinger, please visit Tribute Store. Send flowers
in memory of Andy

A place to share condolences and memories.
The guestbook expires on June 09, 2020.

Gavin Brewer
I miss you buddy I dont rember life with out you
Ms. Kathy Schultz
I am shocked to learn of Andy's passing. I thought he was a remarkable kid with a genuine, heartfelt smile. My heart grieves for his family and friends.
Hancock Concrete

Isabella Nelson
I have just faint memories of Andy. I went to golden heart with him as a kid and for some reason I just remember playing with him on the playground outside and also running around inside. He is the earliest friend I ca remember. I could only remember his first name and when my mom heard the story she told me. From the vague memories I have of him he was a lot of fun to be around. I’m sorry for this loss. The memory’s will live on.
View all