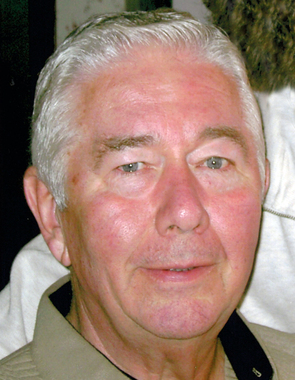 Back to Alvin's story

He was born July 25, 1934 in Mankato the son of Alvin and Verna (Kienholz) Hohenstein. Darrell graduated as Salutatorian of the Garden City High School Class of 1952. He graduated from Mankato State University prior to serving in the US Army for two years. He then returned to Mankato State University to work on his master's degree. While at Mankato he met Carole Sette. Darrell married Carole Sette June 17, 1961 at St. John Lutheran Church in Owatonna.

In 1959, Darrell began his insurance career in the Twin Cities. He later accepted a position with Honeywell which allowed him to work on the development of the Apollo 11 Lunar Module. He then returned to his insurance career which led him to Owatonna. He opened his own insurance agency in 1976 which he ran until his retirement in 2000.

Darrell enjoyed all sports and loved baseball, football and basketball. He also loved all kinds of hunting and fishing. Over the years he was a member of the Elk's Club, Duck's Unlimited and Trinity Lutheran Church.

He was preceded in death by his sister, Judith Smith.

Darrell was always a very private man and his wishes were to have a private family gathering which will be held at a later date.
Published on December 3, 2019
To plant a tree in memory of Alvin Darrell Hohenstein, please visit Tribute Store.

Plant a tree in memory
of Alvin

A place to share condolences and memories.
The guestbook expires on March 02, 2020.